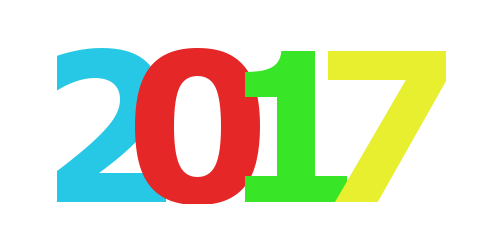 Today sees the end of a roller-coaster year, namely 2016. It also sees the introduction and welcoming of 2017, an important year in academic terms – my final stretch of the PhD studentship.

2016 wasn’t all bad though. So what happened?
– I went to Gregynog and presented my early tissue model work, with great feedback and comments. Met some new faces and sparked a few potential future collaborations.
– I went to another conference in Porto, Portugal and presented an updated version of the tissue model work, winning the poster prize! I again met new faces, and some friends for life.
– I submitted a paper to a journal to which I was invited to publish, this was reviewed and required a bit more work, but sparked an application for additional funding which was secured in December 2016.
– I am co-authoring a paper independent of my PhD project, which hopefully will be published in the near future
– I have analysed and interpreted all of the metataxonomic data (except for a few additional bits for my thesis) which forms the basis of another paper – to be submitted to a journal early 2017.
– Upon successful receipt of the grant for tissue model work, much more analysis can be done to further understand extra areas that I would have like to have done, but didn’t have time/funding to do earlier on (…watch this space!)
– I’ve had an amazing amount of support from my sponsors; GSK, and hope that there are many things that we can do together in the future. This relationship is too good not to continue with!
– I had an abstract accepted for IADR in San Francisco in March 2017 – looking forward to an exciting trip with Josh and Elen!

All in all, not a bad year. Some mixed news form the world of OBS too, but more on that another time!

2017 is going to be just as amazing, stressful, but positive for sure. Cheers and happy new year!

Postdoctoral Research Associate interested in Candida, oral biofilms, virulence, microbial interactions, host cell responses to infections and tissue engineering. Father to two amazing boys, and husband to an incredible wife. Hobbies include writing, listening to and performing music with my band and spending time with the family.

This site uses Akismet to reduce spam. Learn how your comment data is processed.